This past Saturday Michael and I trekked to Birmingham for another Open Gardens Tour (there was a previous one in April). It was raining and thundering when we left home and probably for the first time in the history of mankind, the massive storm system was moving southeast (whoever heard of such??) directly in line for Birmingham. We were undeterred and hoped for the best.

I was most excited about seeing the garden of Louise Wrinkle. She has been featured in many books and articles and her garden is legendary. After many starts and stops - (Mountain Brook is the hardest place to find streets even when you have a map)- we located her garden. 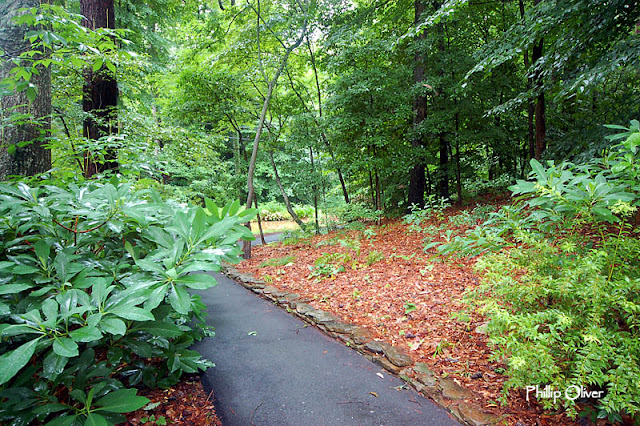 As we walked up a long paved pathway through a gorgeous wooded garden, it started to rain. We purchased our tickets and briefly spoke with Mrs. Wrinkle before hurrying on to see what we could before the bottom fell out. 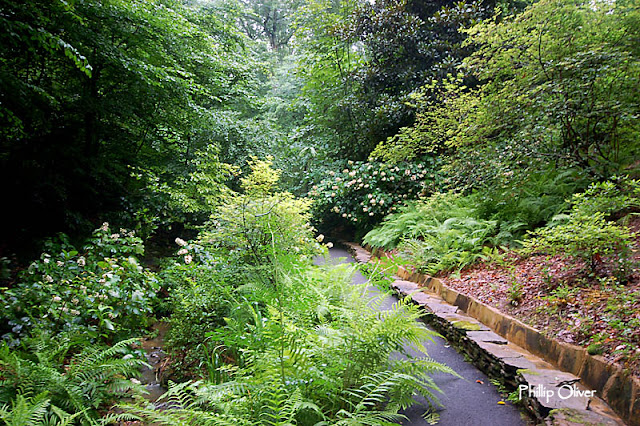 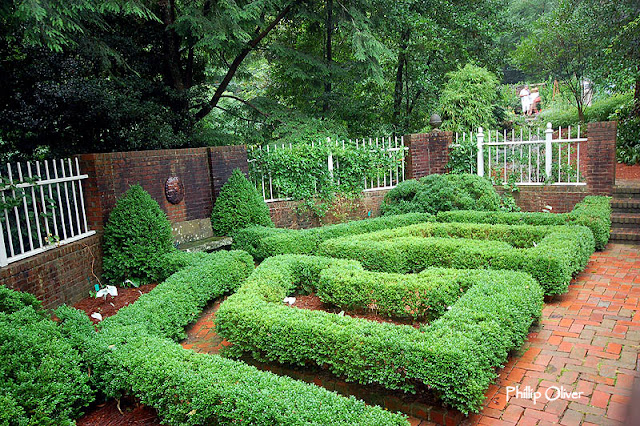 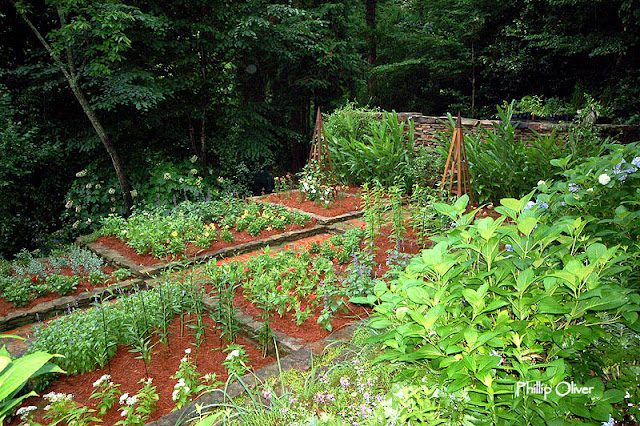 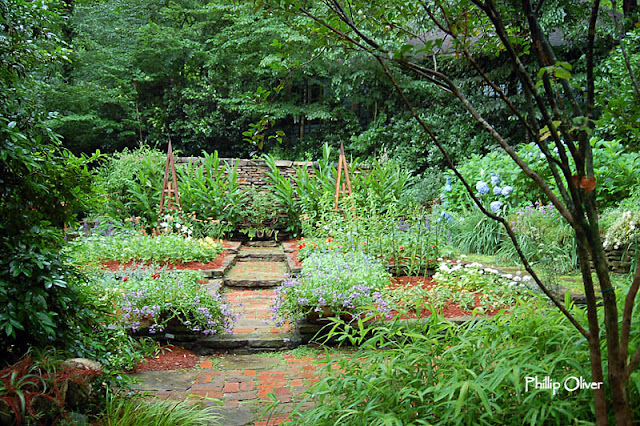 Mrs. Wrinkle had a 5 page handout of the plants in this garden and it was single-spaced! I have an invitation to come again so hopefully it won't rain on the next trip.

Garden #2 was the beautiful garden of designer Tony Rhone. Mr. Rhone's garden was featured on the previous tour but I wanted Michael to see these statues. We couldn't figure out how to get them in the car. 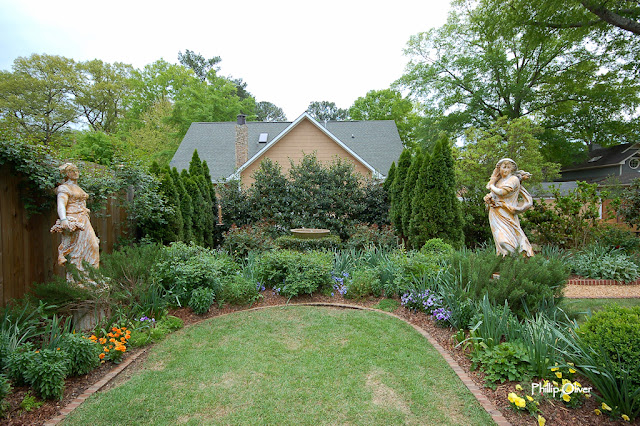 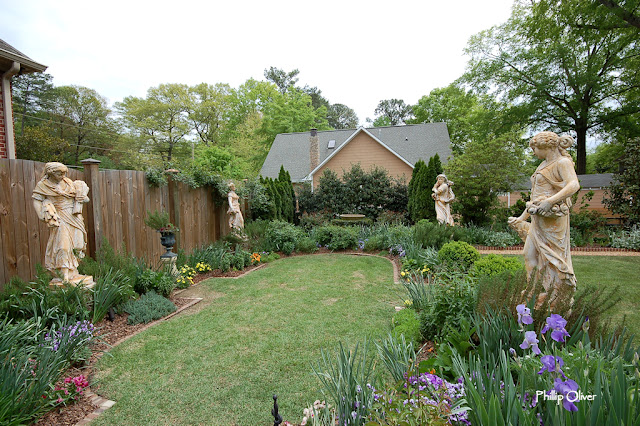 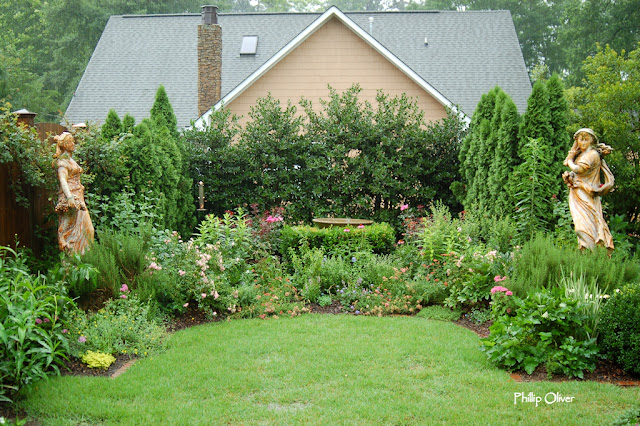 It wasn't just raining when we were at this garden, it was lightening! And you know how some days just don't go your way? When we stepped out of the car, my camera bag fell open, my camera slammed into the pavement and I thought I had shattered my lens. Fortunately, I had a UV protector over the lens and it only broke the filter. Close call!

Garden #3 - there was a lull and it actually didn't rain at all for this one. This house was situated on a steep hill and the landscaping was immaculate. The garden designer is John Wilson, a super nice and talented guy.

We skipped the last garden. We actually drove by it but could not figure out where to park. The instructions said to park on the street but it was a narrow street. We had already risked our lives with the weather elements, all we needed was to get rammed by another vehicle.

The second half of the day was quite nice. We went to The Summitt which has a Smith and Hawken! We found a unique little plant called String of Pearls. Thank goodness there is not one of those stores in Florence! We also had dinner at PF Chang's and dessert at Ben & Jerry's. And Old Navy had all their men's clothing half priced and I picked up a few things. And wouldn't you know it, the sun came out after we got there!
Email Post
Labels: Other gardens