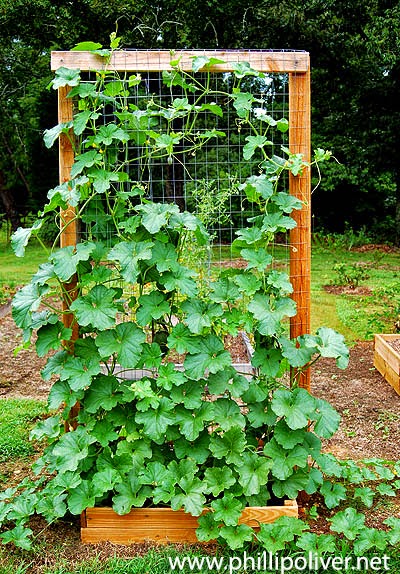 If you were reading my blog back in May, you might remember that I built a few raised beds at my mother's house and planted some vegetables. Michael and I have always grown a few tomato plants and peppers here at our house and they do quite well considering that they are planted under a dogwood tree. Nevertheless, they get enough afternoon sun to produce nicely.

I wanted to grow other things though and mother has plenty of room and tons of sun. The project has been hit and miss with more misses than hits. First of all, my mother lives near Russellville, about 25 minutes from Florence and I only get down there about once per week. Vegetables need more attention than that and I know it would be more successful if I could tend to it daily. My sister has helped - otherwise I'm sure it would have been a complete failure.

First, in the upper photo, cantaloupe growing on a trellis. I planted squash, cucumbers, tomatoes, zucchini, watermelon and cantaloupe. Cantaloupe has been the clear winner. Just look at this! There are 4 cantaloupes on the vine at the moment and it looks more to come. Here's the kicker - I don't even like cantaloupes! Michael loves them though so if I can grow a nice one for him, I'll be happy. 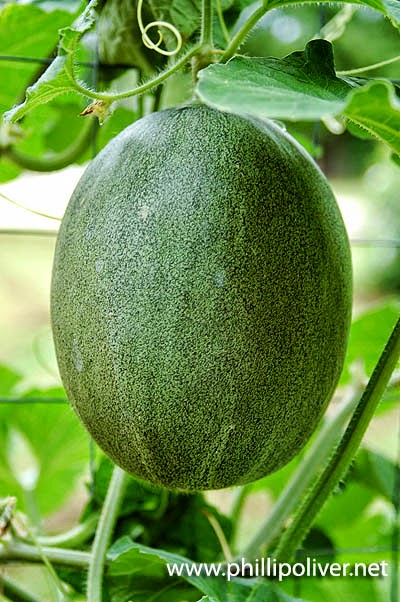 After weeks of just sitting there, one of the cucumbers has taken off all of a sudden. 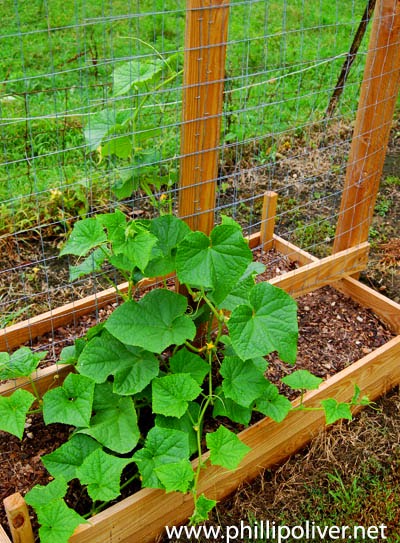 The squash (I don't have a photo) did fairly well. My sister picked a few for several weeks but all of a sudden, the entire plant collapsed and withered. As for the zucchini, I don't believe they even came up!

The herbs have done great! 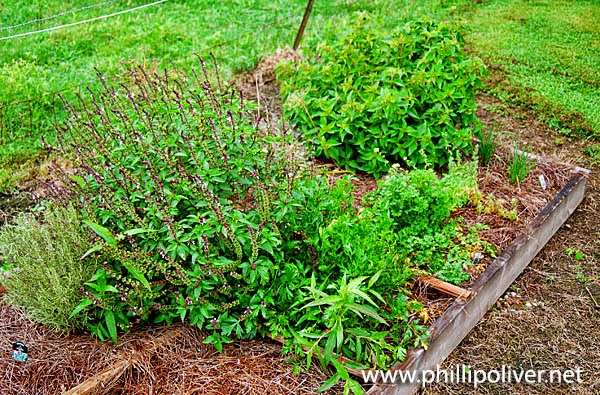 I know that one problem was probably the fact that I planted too late and it has been a hot sweltering summer. Next year I plan to be ready early and get the seeds in the ground much faster than I did this year. Over the winter, I hope to build a compost box, fence in the garden, and clear the pathways. And I do hope to have a fall garden. Hopefully, by the time we get to build our house there, the garden will be ready for some serious attention.