For most plants (and there are always exceptions), it is best to move a larger plant right before the roots are beginning to grow. So, late winter or early spring is ideal. Fall is also a good time but allow time for the plant to grow a bit before the first freeze.

Of course, I never follow that logic. Case in point, the Fatsia (Japanese Aralia) (you can see it right in the lower center of the photo) was planted in too much sun. I'm not sure what I was thinking but I must have assumed that the Photinia would shade it and wasn't considering how much the sun moves to the north in summer. I meant to move it at the appropriate time but did not get around to it until late May.

Here are some pointers that I have learned along the way. First, water the plant really good the day before you plan to dig it up. Get your new location ready so you can get the plant in quickly. When ready to dig, try to get as much of the root ball as you can and hope that it will stay intact. If the roots are long, some root pruning may be needed. In this case, the Fatsia roots were very short. 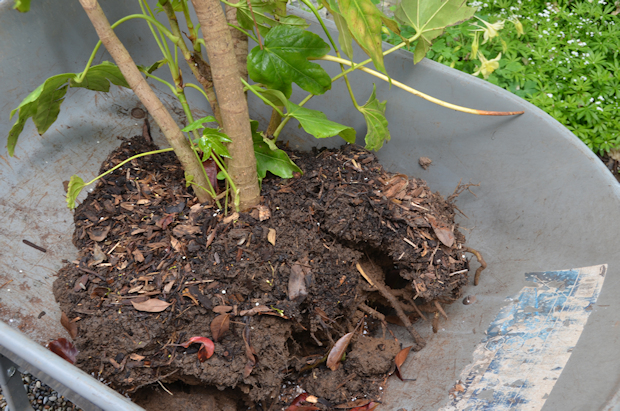 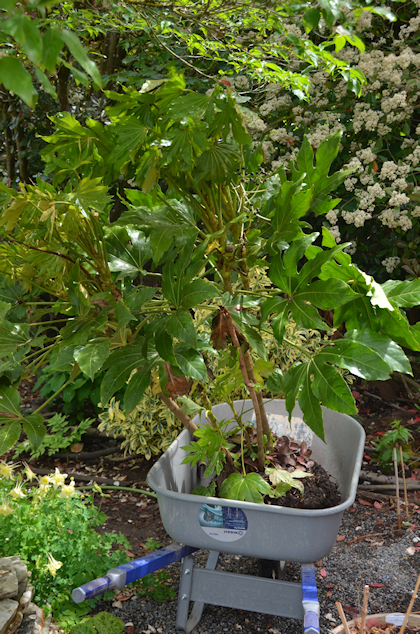 If the plant is too large to move to a wheelbarrow, use a tarp to slide it along the ground to its new location. After replanting - water the plant well and continue to do so every day until you know it has made the move okay. Do not fertilize! 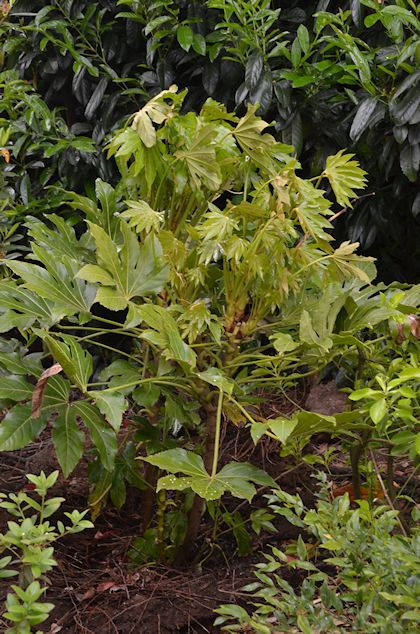 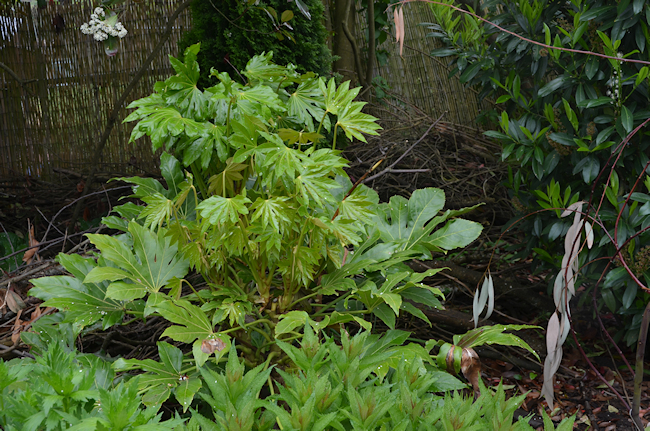 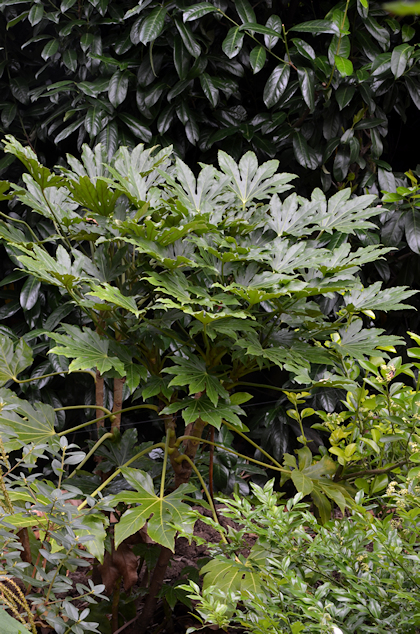 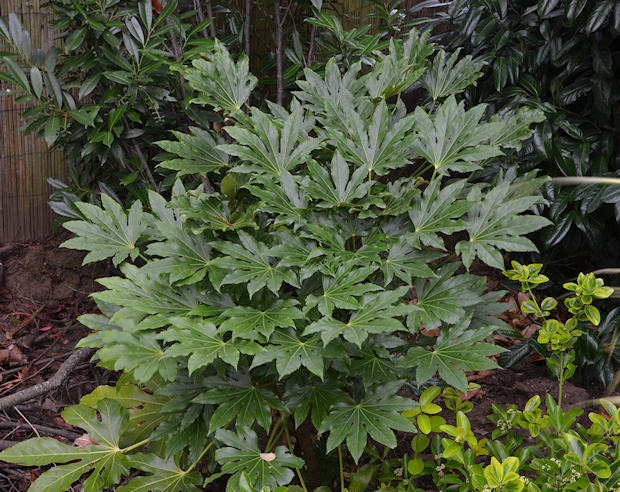