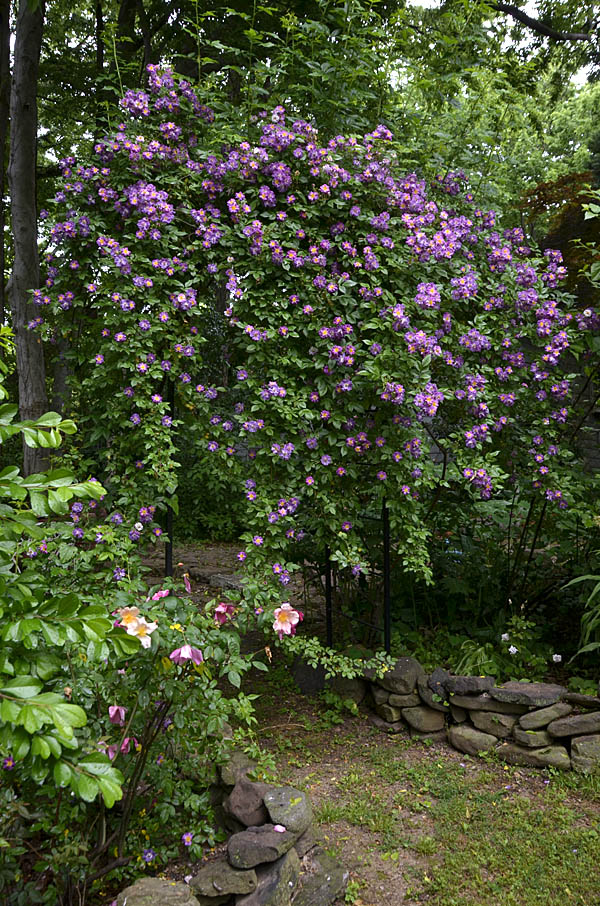 "Veilchenblau" on archway, "Mutabablis" below. "Mutabalis" is a bit puny from the winter die-back but it is rebounding. 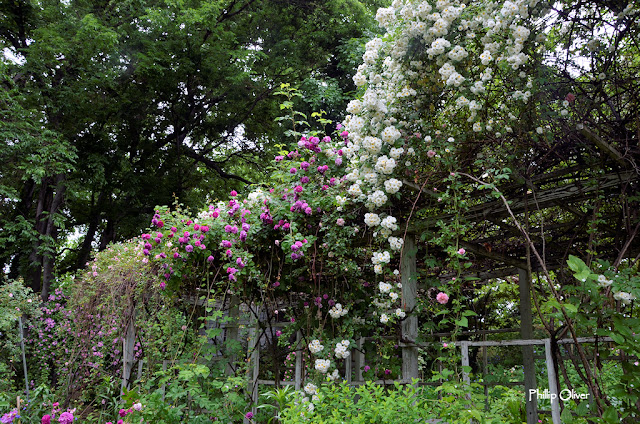 Roses on top of the pergola - "Russell's Cottage Rose" on the left and "Rambling Rector" on the right. 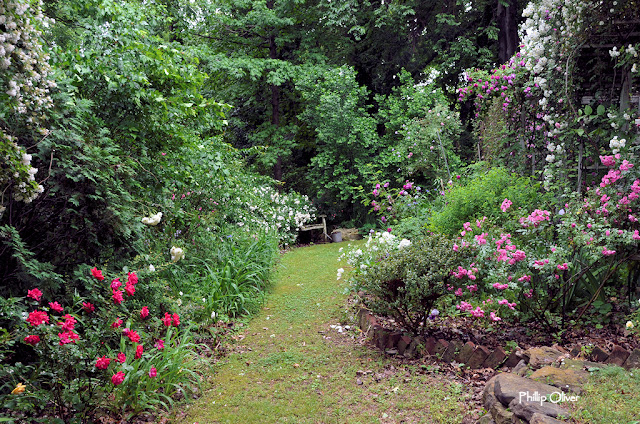 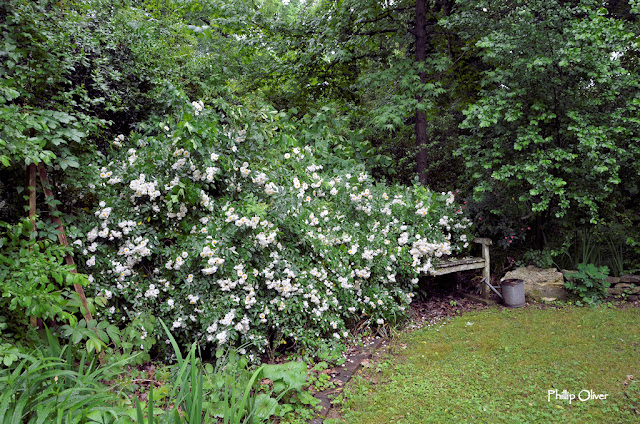 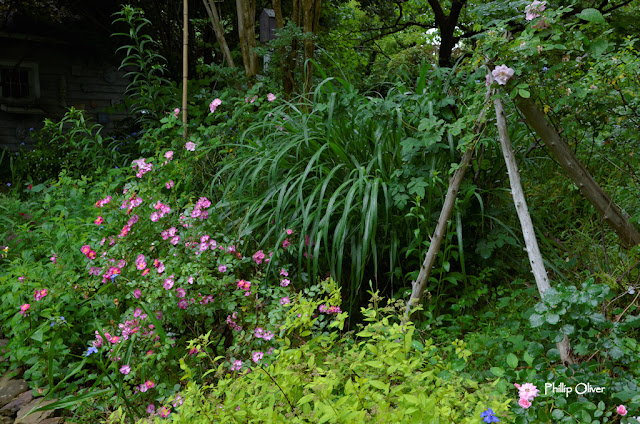 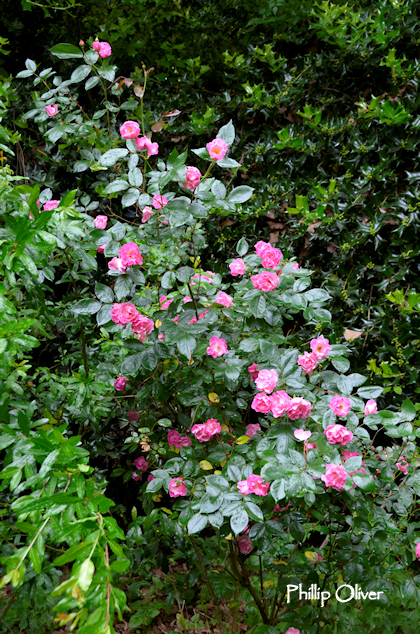 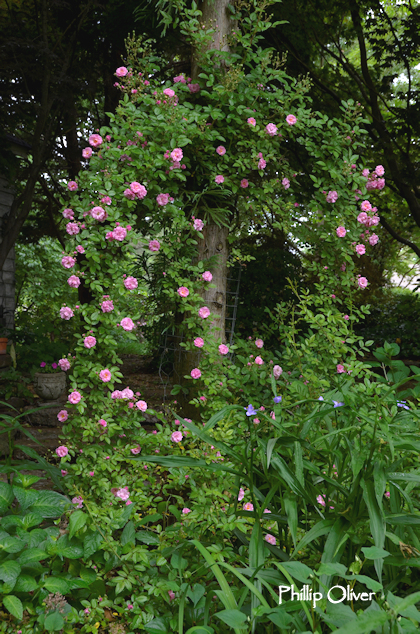 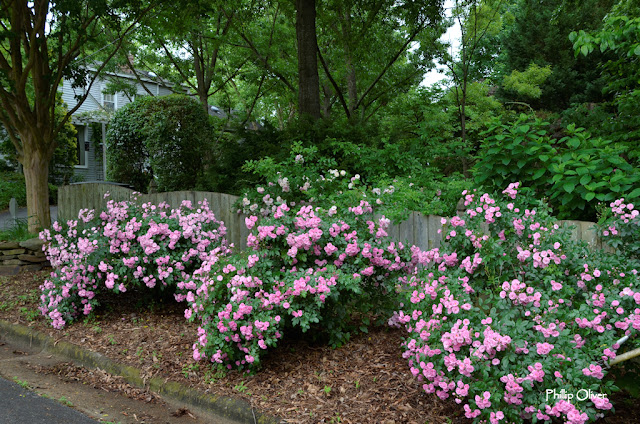 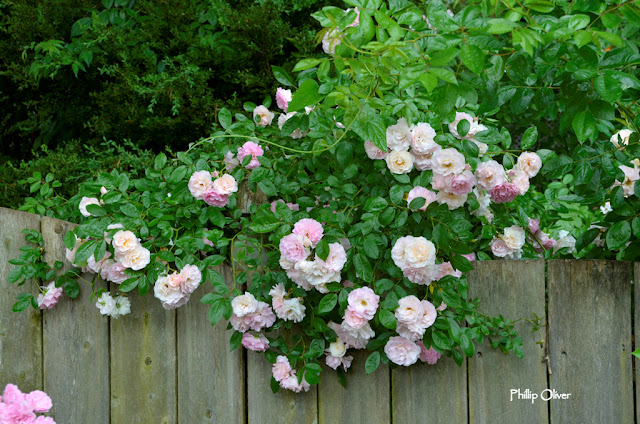 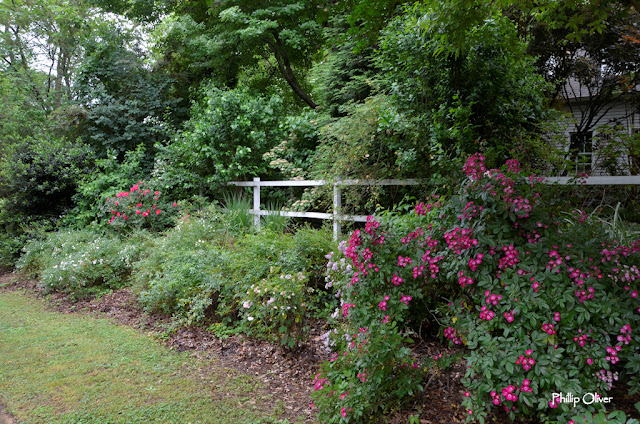 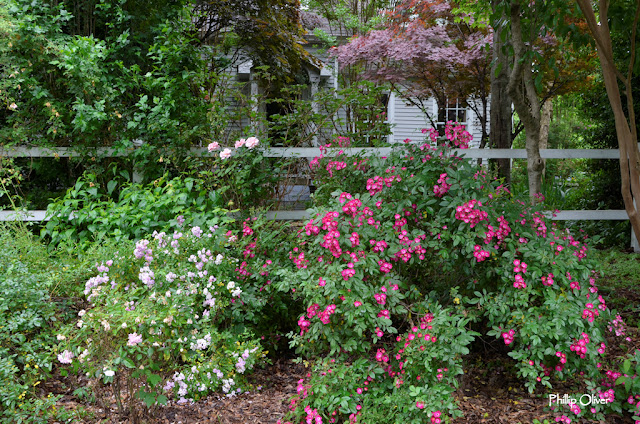